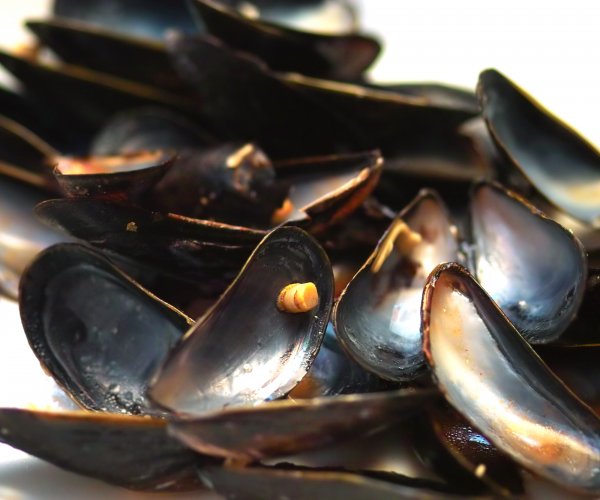 In most marine mussels the shell is longer than it is wide, being wedge-shaped or asymmetrical. The external colour of the shell is often dark blue, blackish, or brown, while the interior is silvery and nacreous.  The shell has three layers. In the pearly mussels there is an inner iridescent layer of nacre (mother-of-pearl) composed of calcium carbonate, which is continuously secreted by the mantle; the prismatic layer, a middle layer of chalky white crystals of calcium carbonate in a protein matrix; and the periostacum, an outer pigmented layer composed of a protein called conchin.

While mussel shells do not have a direct application, mussels are used as a food source and bio-indicators to monitor the health of aquatic environments in both fresh water and the marine environments. 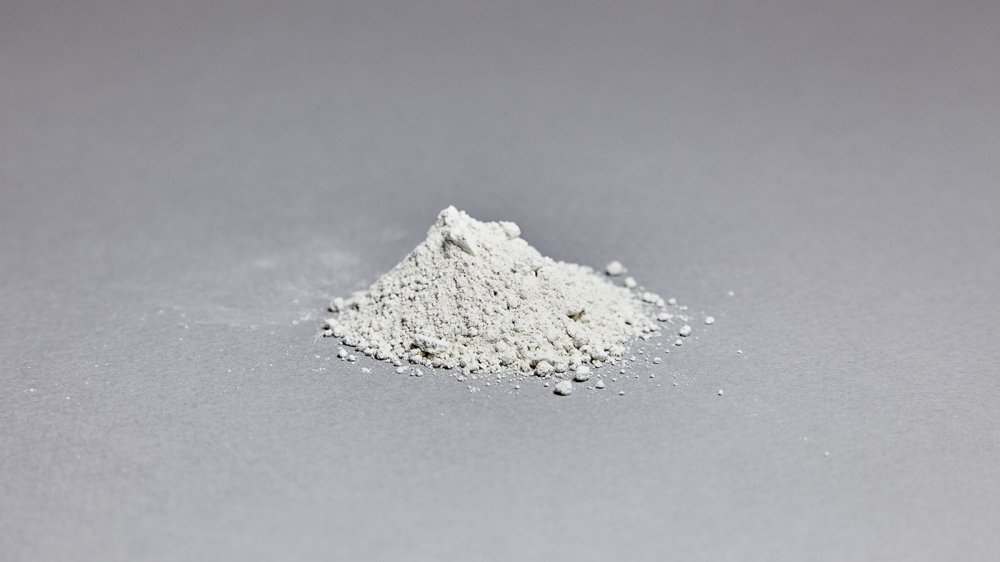 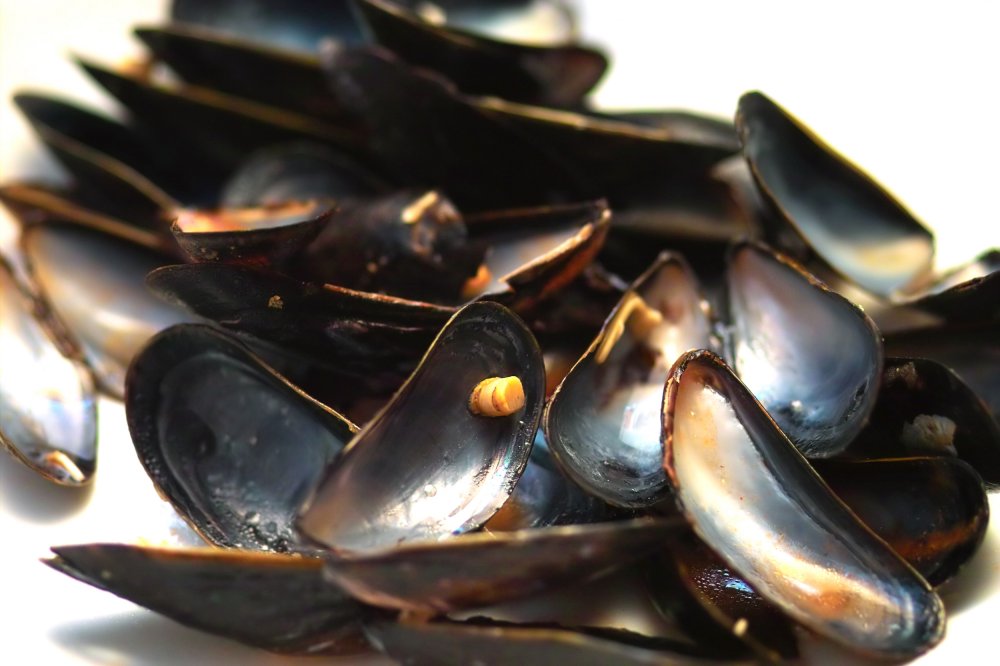